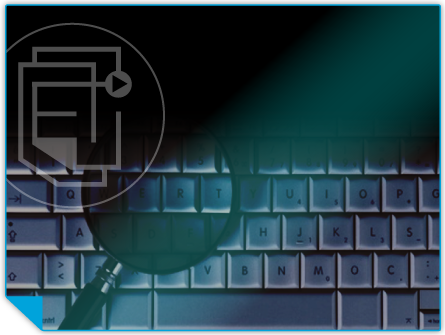 Electronic Theater Intermix in Taiwan (www.eti-tw.com) has been in operation since its establishment in 2003 to the present. It is the first non-commercial online database of audio-visual documents of Taiwan modern theatre, and it remains the longest running one amongst similar operating online databases. Founded primarily for the purpose of culture preservation, public education and academic research, ETI offers search for information in both Chinese and English, including an English database. We hope to bridge the performing arts industry with academic research and education, in order to facilitate the collaboration between these fields. The ETI audio-visual document collection spans 1985 to the present, encompassing approximately a total of 400 theatre works by 45 creators. Putting together all of the videos, the total running time would sum up to about 10 thousand minutes. Researchers from all fields can log on the website to view one-minute audio-visual footages of over 300 theatre works and search for information needed. ETI also provides full viewing service for the public via on-line reservation. (for more information, please visit Viewing Information)

The Research Center for Theater & Performance Studies was established in fall of 2003 at English Dept. of National Central University. The Center's coordinator Professor Katherine H. Chou found that archives of Taiwan theatre are poorly preserved. Given that without proper preservation, records of performances will disappear soon, Katherine H. Chou decided to devote to the collection and preservation of audio-visual archives of modern Taiwan theatre and performances and set up a database for research and education. Since August 2003, with support from professional internet engineers, the Center has since then devoted to the grand project of Electronic Theater Intermix in Taiwan. In the first period of the project, we have collected more than one hundred authorized audio-visual documents, which are gradually digitalized for long-term preservation. On November 23, 2004, these archives were officially open for use.

In order to provide a richer audio-visual database for academic research and education use, from the year 2005 to 2010, ETI undergone the second period project. This project is in collaboration with then National Science Council (now Ministry of Science and Technology). We selected 160 newly authorized audio-visual documents of Taiwan modern theatre works from the ETI database. The works selected span 1986 to 2009. Within 4 years, we havd digitalized all the documents and made them available online for non-commercial public use. (For more information, please visit Taiwan Digital Archives Program)

Beginning by July of 2013, the Center and the ETI together with NCU's recently launched Black Box Performance Center received funding from Ministry of Culture and collaborated on Performing Taiwan: Script, Design, Stagecraft, 1943 - a cloud-based publication project presenting works archived by ETI. In this era of e-books, we hope to engage a new editorial concept and platform of distribution intended to fully capture the three-dimensional splendor of the age-old medium of stage performance. That is, while providing the reader with written text, we also emphasize a side-by-side presentation of audiovisual information, incorporating a significant number of recorded performance segments and other audiovisual data in each e-script.

Performing Taiwan consists of five series of publication: the Drama Script Series, the Xiqu (Chinese Opera) Script Series, the Performance Text Series, the Design Series, and the Stagecraft Series. With these five series, we hope to fill in some blanks in the insufficient and poorly distributed written records of the past, and to present the overall creative trajectory of the performing arts in Taiwan over the last seventy-odd years, from three angles: performance text, design, and stagecraft. With the publication of this collection, we hope to open up a window of reading and appreciation for all modes of performing arts, from theatre to operatic xiqu, puppetry to musical theatre, physical theatre to dance. (For more information, please visit Performing Taiwan: Script, Design, Stagecraft, 1943-) 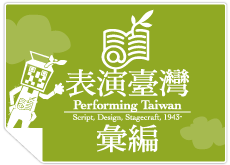